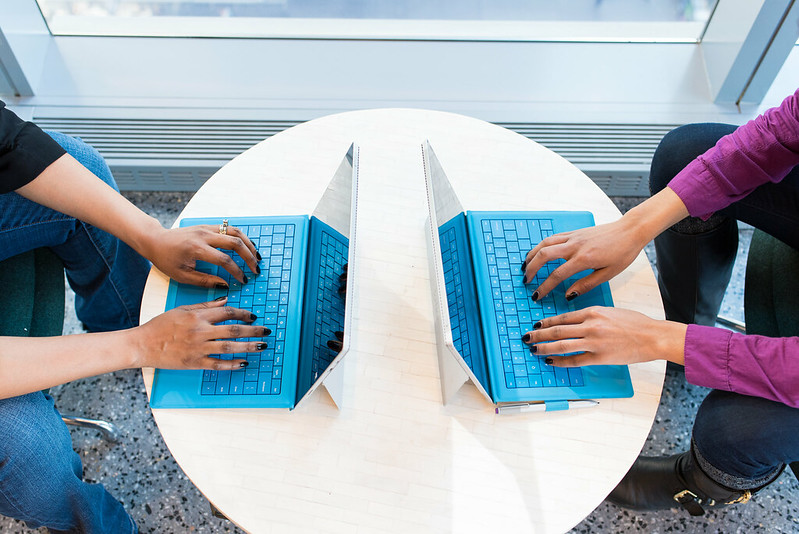 “Under-promise, over-deliver” is one of the most important things I’ve ever learned about managing expectations. I learned this from one of my professors. He went on to suggest that instead of the sales-forward “we can do anything” approach, we should actually downplay what we’re capable of, then provide more on delivery to make a very happy client. Although a bit scheme-y, it’s served me well as both a project manager and a developer.

I have learned that managing expectations at the beginning of a project is significantly easier than managing dissatisfaction later.

But sometimes I am forced to over-deliver because the moment someone looks at me or my name, they are already assuming I will under-deliver. Don’t get me wrong, I love exceeding expectations; but I like to set them for myself, not see the bar set low for me because I’m a woman.

A long-time friend of mine that I deeply respect…

… works in STEM as well. We talk about business, philosophy, programming, and just about everything else. Best of all I never feel too geeky around him. While finishing my Business Information Technology degree, I was doing some freelance work as a project manager and web developer. I was about to finish years of programming and data science classes. I knew that I would soon need to choose a career. It’s a big choice and so I started talking about the fact that I may end up working in STEM. He looked at me and said:

It blew me away. How could he not know that after all of our conversations? It’s been sometime now and I still haven’t sorted through the thousands of thoughts I’ve had about his question.

I build databases and write SQL. I’ve written VB.NET apps and web apps. I configure LAMP stacks and set up firewalls with a command line and I can build and solve massive data models in Excel. I can write functional code in more than 5 languages. I’ve built websites from concept to deployment. I contribute to GitHub repos. Doesn’t any of that count?

My immediate sense was to resort to humor: oh yes, the ‘T’s in STEM and IT stand for two different words, but I didn’t actually say anything worthy of me remembering. All I remember is the confusion about others seeing my work so much differently than me.

My immediate male colleagues typically respected me and my work, because I was debugging or finishing their coding projects for them. Actually, the same man who asked me that question has asked me for programming advice before. But apparently people can see and hear me talk about the work I do and still assume I don’t do anything technical.

Is it that difficult to imagine a woman in STEM? Do people just stop listening when a woman starts talking tech? Why do I have to keep reminding people that even though there’s a male in my company, I’m actually the one writing the code?

…or disrespected in their workplace because of their gender. This is the price we pay today so that future women will be respected in our field. Shattering expectations as women today is a part of leveling the playing field that future generations will be playing on.

Constantly being underestimated will wear a person down. Purpose slowly dwindles under the weight of feeling like you’re not enough. This means that setting your own expectations, and not working based on others’, is key.

While I have no cure for the sting that comes with being misunderstood as a woman in STEM, I am going to do something about changing it. I have recently taken on the position of Associate Editor at Code Like A Girl. I am going to help women tell their stories and amplify them so that we can change the perceptions of Women In Technology.