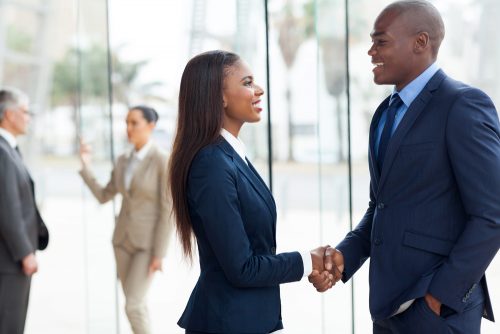 3 Ways Men Can Actively Advocate For Women At Work

Gender equality in the workplace is more like smoke and mirrors. Many organizations do and say the right things to attract high-performing female employees, managers, and executives. But often, it’s not enough. A 2017 Pew Research Center study shows 42% of working women in the United States say they’ve faced discrimination on the job because of their gender. How can men actively advocate for women at work and put a halt to this type of discrimination?

According to Forbes, despite the many strides women have made in attaining more degrees than our male counterparts and serving as the majority of middle managers in the US workforce, men still account for 75% of all S&P 500 executive and senior-level officials. Men hold 80% of S&P 500 board seats, constitute 94% of CEOs, and hold just about 80% of the seats in Congress.

Be the guy who seeks to understand before trying to explain.

No matter the gender distribution of your organization, women are often talked over, interrupted, have ideas stolen, and generally get ridiculed and labeled for being as assertive as their male colleagues.

When you see any of these things happen, speak up. Without directly calling your male colleagues out, assign credit where credit is due. If you see women unduly interrupted redirect the conversation back to her. And if your male colleagues start labeling a female colleague behind her back, speak up. Let them know that you won’t allow them to belittle or label a woman for speaking her mind and being just as assertive as any man.

3.     Support Women To Advocate For Themselves

It’s great to be a female ally, and it’s wonderful to be one of the many men advocating for real change in the workplace for women. And, men can’t and shouldn’t try to fix, solve, or repair the issues of gender inequality in the workplace unaided.

Men must remember that they are supporting to women. Men are female allies—not fixers. This is significant because as more and more women start to organize and create support structures for themselves, men will have a definite role to play toward gender equality, but it will be to support women in their own liberation.

Men can play a truly significant role as advocates for female equality in the workplace. Starting today, it’s absolutely necessary to level up and recognize your own biases as men. There are many things that men, especially white men, take for granted but minority men to have a role to play in terms of recognizing our own biases and advocating for gender equality. As female allies, once we level up and recognize our biases, we have a duty to our female colleagues to speak up when we see injustice, inequality, and blatant disrespect or disregard for women.

Men, this is overdue. We must start today.